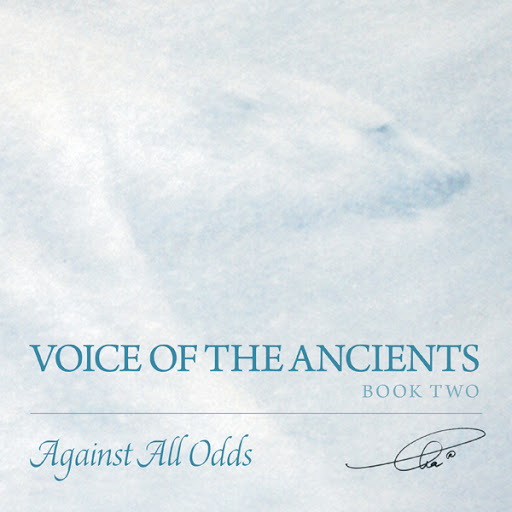 Voice of the Ancients: Against All Odds
by Cha Rnacircle

Listen as I tell you what the voices of the ancients say,

they keep whispering to me... the story continues in

Beringia where the Arctic Ocean meets the Bering Sea.

During the ice age twenty thousand years ago, ice formed

over the land which lowered the sea level. It briefly

exposed a passageway between the two continents, it

was unpredictable and dangerous...

Clovis, New Mexico is where Cha was born. With great interest in crafts, she tanned hides, worked with buckskin and did hair. Cha learned to spin and weave in Mexico and taught weaving in Eastern New Mexico University. After living in New Mexico for twenty-eight years, she went to Alaska to learn to do gold work... Cha proved to be too creative and was let go from her position in the gold industry. She then had the opportunity to learn to carve. She loved fossil walrus ivory and bone from ancient animals. Most of the ivory was broken artifacts. She imagined that she was carving the faces of those ancient makers. She learned to "read" the artifacts and their stories. Later in life through DNA testing, she found her ancestors came from Siberia... Her Mother's geneology showed Cherokee blood....