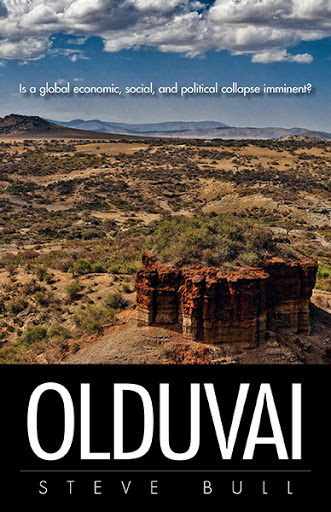 Is a global economic, social, and political collapse imminent?

Flowing from actual world events, a damaged environment, dwindling energy resources, and a manipulated market-economy all come crashing together in this tale about the social and individual impact of stresses that overwhelm a precarious and complex global system. Supply chain interruptions, border disputes, increased fascism, growing protest movements, and mass migration out of rural areas and into cities dominate the new normal.

Follow the struggles of several Canadians amidst the chaos. Marissa, a young university student, confronting the end of her prescription for a mental health issue, and her eight year old sister, Kat, who are stranded in a remote part of Ontario when their parents are caught up in a massive riot in Toronto; Mac, a mature student at Lethbridge College, Alberta, who uncovers a Canadian military secret; Ranjeet, a recently promoted Toronto banker who has his faith in the banking system turned upside down when a colleague shares some startling information; and Sam, an activist who has predicted the collapse for years, but has his preparations challenged by an unexpected Black Swan event.

Is this the world’s future?

Steve Bull lives with his wife and two teenaged daughters in what was once a small town north of Toronto. He has witnessed increasing amounts of limited, fertile farmland disappear as politicians seek the Holy Grail of progress: growth. He’s more than a little disappointed that decision-makers and policy-leaders, from those in local towns to nation states, are following a path of certain collapse, repeating mistakes that have been made by the leaders of numerous complex societies before them.

With a background in archaeology and education, and a goal to inform and entertain, as well as challenge some fundamental beliefs, Steve uses an extension of current events to weave the tale of a group of disparate and desperate people as they encounter the collapse of the economic, social, and political systems around them. Is his story a portent of what our not-too-distant future could look like?