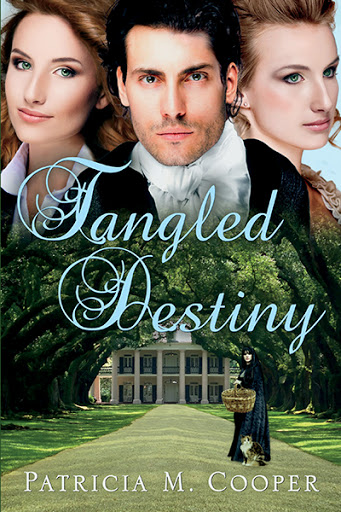 It is 1778, and the contractual marriage between Christian St. Clair and Catherine Trevane will unite two of the most powerful families in South Carolina. But when Catherine disappears just weeks before the wedding, both families are at their wits end and will do anything to find her. In desperation, Christian approaches Linnet, a local healer and wise woman, who is reputed to have ‘unusual’ gifts. Linnet, an immortal and time travel guide, knows that Catherine has travelled across time and is now living in the 20th century but reluctantly agrees to bring her back to fulfil the marriage contract. Linnet tracks Catherine down, but discovers that she is now in her 70s and a grandmother. Undaunted, Linnet realizes that Catherine’s career-oriented granddaughter, Sarah, is the spitting image of Catherine when young, and uses her powers–plus a tad of magic–to arrange a series of events to bring Sarah back through time to 18th century Charles Town and pass her off as the missing bride. A tangled mess of deception, lies, murder and mayhem plays out before the truth is revealed and destiny is fulfilled. It is also a story of love and sacrifice by two women born centuries apart, but joined in destiny.

Born in Worcestershire, England, Patricia Cooper was 5 when war broke out. One year later, just after her sixth birthday, she was shipped off to a Preparatory Boarding School, where she remained until VE day – 1945.

Graduating from college in 1953, Patricia couldn’t wait to shake off the restrictions of Academe and explore the world she had hitherto only read and dreamed about. In the 50s, when aeroplanes still had propellers, the fashionable way to travel was by ocean liner. It didn’t take her long to join the Merchant Navy and revel in long sea voyages, whilst earning her keep in the Purser’s office.

In 1968, Patricia Cooper, her husband and their children, emigrated to Ontario, Canada–where she worked as a business writer and editor–and where she still lives. She continues to travel as much as possible, and enjoys writing historical/time travel romances.