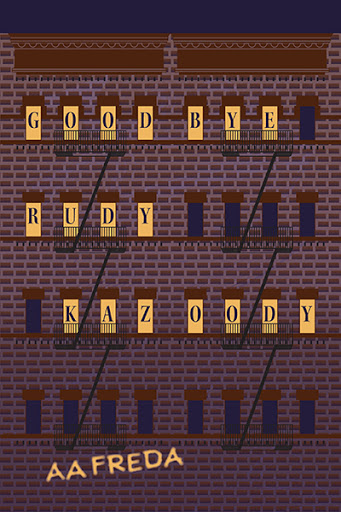 Who is the mysterious Rudy Kazoody, and what, if anything, did he have to do with the events that occurred to a group of teenagers during one fateful summer in New York City’s Bronx neighborhood in the early 1960s?

Growing up is difficult enough. But when you’re a recent immigrant arriving in a country that is going through its own coming-of-age process, fueled by rock ‘n’ roll, the Civil Rights movement, the Vietnam War, free love, the pill, LSD, and the Cold War, it’s downright confusing, and for some—lethal.

With the various upheavals shaking America to its core, Joey, whose family emigrated to the Bronx from Italy’s Apennine Mountains, struggles to retain his innocent, optimistic outlook on life as he and the other young teenagers on Arthur Avenue—virtually all of whom also come from immigrant, working-class families—try to find their place in this new order.

From the euphoria of first love to the despair of dashed dreams and betrayal, Joey emerges from the summer sadder but wiser in this romantic, mysterious, and nostalgic tale. Behind it all lurks the mysterious Rudy Kazoody, an enigma that Joey feels he must solve or else remain forever just outside the inner circle of life and love.

Like many of the characters in his novel, A A Freda arrived in America as an immigrant and grew up in the same Bronx neighborhood in which the events of Rudy Kazoody take place. His book is an exploration of the emotions and experiences that he and many of his fellow teenagers experienced as they came of age in the tumultuous 1960s neighborhood.

Freda grew up and married a Bronx girl, Jessann, and now resides in Easton, CT, a suburb of New York City that offers him a tranquil environment that allows him to keep his finger on the pulse of the city he loves so much. A graduate of Bernard Baruch College at the City University in New York, he has served as an adjunct professor at the Fashion Institute of Technology in NYC. In addition to writing, in his spare time, Freda enjoys fishing, playing pool, baseball.

Goodbye, Rudy Kazoody is Freda’s first novel, but he already has a sequel in the works.