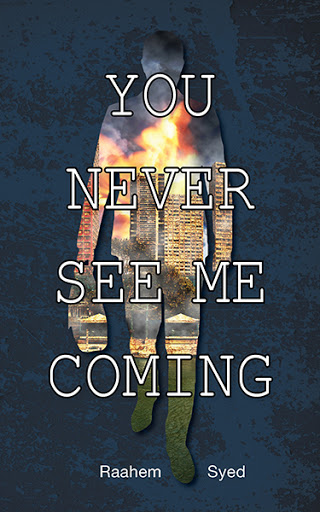 You Never See Me Coming
by Raahem Syed

As a child, Nicholas Grant dreamed of being an agent for the FBI International. But after being rejected, he made it his life’s work to teach them a lesson and instead became a criminal mastermind. To date, he has pulled off more than 400 successful thefts and operated under nearly 150 different aliases. He is about to attempt his most difficult theft to date. But as pressure increases from the FBI International, Nicholas must constantly deceive, destroy, and detect their next moves. And in the end, it all comes down to strategy. Will Nicholas be able to avoid detection yet again, or will his nemesis at the FBI International finally be able to outsmart him?

"A robber can rob as many times as he wants, but in the end he will always be caught"

Raahem Syed is an eleven year old avid reader and writer. After attending his first author’s conference, he was inspired to write this book and has plans in the works for many more stories. Raahem describes himself as a passionate person who always tries to finish what he’s started. He is also one of the four founders of RAAD Books, which is a group of Raahem’s friends who also have hopes of publishing at least one book. He currently resides in Ottawa, Canada.