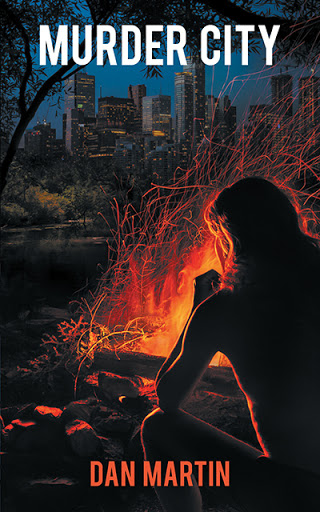 A full moon hung in the dome of the sky over Edmonton. Earliest dawn in the great city sent scarlet fingers of light into a navy-blue sky above her eastern suburbs. A veil of summer mist formed over the North Saskatchewan River like a silken shroud that drifted eastward over the valley bottom covering the alabaster sheen of human corpses hidden among the poplar and evergreen stands below. A breeze moved through groves of quaking aspen, and the city shuddered deep inside her bones at the horrors of the night she had witnessed.

Murder City is one of those rare first novels that investigates a time and place and the various cultures and subcultures that formed an era, bringing a fresh view to what has been under-represented in fiction. Within this police procedural readers will find protagonists and antagonists that are not one-dimensional in the least. Martin has done an excellent job of constructing a plot that kept me reading and wanting to discover more about the who-and-why-done-it, as well as locking me in for the surprising conclusion to a story about seemingly unrelated and grisly killings in Edmonton. Murder City is his first novel, but it surely won’t be Dan Martin’s last!

Power of the Blood series

Dan Martin is a semi-retired psychotherapist living in Edmonton Alberta.

Throughout his writings, when Dan describes wilderness settings or wild animal habitats, they are places he has known and terrain he has explored. Dan grew up in a family of guides and outfitters in Northern Alberta, and is a former licensed game guide. He worked several years as a field officer with Alberta Forestry, Lands and Wildlife before completing three degrees with concentration in psychology and clinical social work.

Dan's writings often feature complex characters in malevolent as well as nurturing roles. Characters are frequently an eclectic projection of personalities Dan has known during many years as a psychotherapist, counselling male offenders, children who are the victims of abuse, psychopathic personalities, as well as ordinary people dealing with oppression or life adjustment problems.

He has previously published his work in the University of Alberta "English 309 Magazine."