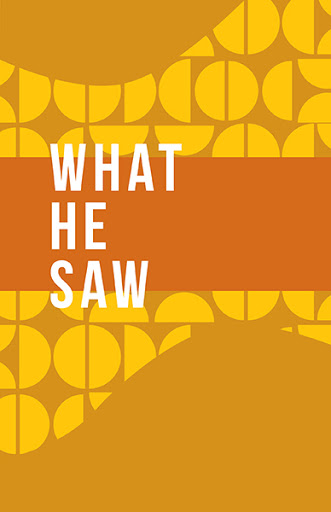 What He Saw
by Glenn Parker

When Ryan Sinclair is twelve, he sees something at the beach that he thinks might be a murder when he observes a man carrying a woman into the trees, but he isn't certain. He attempts to tell his mom about it, but doesn't want to upset her so he makes it sound as though what he saw was perfectly innocent. However, he worries about the fact that maybe he should have gone to the police about it. When he is fifteen his mom signs him up with the Big Brother organization. She is worried that Ryan needs a father image since his dad deserted the family years before. However, when Ryan meets his Big Brother, he is stunned. His big brother looks just like the man he saw at the beach carrying a woman into the trees. Now what is he supposed to do? He goes on several excursions with his Big Brother and feels guilty about it when he begins liking the man. When his mother and his Big Brother become romantically involved, Ryan is beside himself. What is he to do now? He cant possibly allow his mom to marry a murderer. He appeals to his best friend and the counselor at camp, but neither have an answer for him. Alas, Ryan is faced with a dilemma that no fifteen-year-old should have to contend with.

This is Glenn Parker's 9th novel for young adults. Mr. Parker taught English at secondary schools in both Canada and New Zealand for twenty-five years and has written many short stories published in magazines in both New Zealand and United States during that time. His interests besides writing, include golf, travel, especially cruises, crosswords and reading. He also played hockey for the University of British Columbia in the 60's under Father David Bauer. Many of his novels involve sports such as hockey and baseball, but they always contain an element of conflict within the protagonist's family. The author hopes to continue enjoying cruises and coming up with interesting plots for his novels.